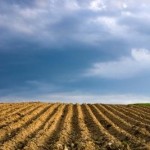 Just over half my leads since the beginning of 2008 have been as a direct result of networking. Now whilst that is great in itself, the statistic I find most interesting is my conversion rate. 80% of my networking leads result in work, whereas around 50% of my others leads result in work. This means I am doing less work to gain the business won through networking, so why is this? 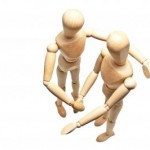 I believe that far from networking being for dummies, you would have to be a dummy not to network in this economic climate. People buy from people and it spend time building relationships and trust with others, they will recommend you to the people they know. They won’t do this based on a 10 minute chat grabbed at a coffee morning. If they are going to recommend you, they need to know that they are not going to end up with egg on their face. It is their reputation at stake. That is why meeting with the same people, on a regular basis is the way to build long lasting, productive business relationships that actually work. Effective networking is based on the depth of the furrow, not the size of the field….and that is from a farmer’s daughter

Is Networking for dummies ? I think not, it is for smart business owners who want to get others selling on their behalf. My 5 top tips to get you started are:

1. Turn up… regularly. If you can’t get there, get someone to go in your place or ask another member to read out your messages.

2. DON’T SELL! One of the biggest mistakes people make is to talk to their network like potential customers. Talk to them like you would your sales team.

3. Be memorable. The most effective networkers are those that stand out from the crowd.

4. Listen. If you spend all your time talking you won’t know what is happening around you. Listen to what others have to say, be interested, ask questions.

5. Follow up. If you say you will put someone in contact, do it. If you have said you will make a referral, make it. Remember it is not your job to make the buying decision on someone else’s behalf; it is you job to connect the potential customer to the supplier. The rest is up to them.

… All of this doesn’t even mention the other advantages I have gained through my networking. The excellent suppliers that I have found and the friends that I have made. The second largest source of business leads in the last 5 years, is my website. Designed and built by a lady I met networking…

Sarah Hodgkins of The Last Hurdle™ is running a course on Building a Successful Referral Network on 23rd February, from 9.30am-12.30pm in Newport Pagnell. For more details visit…http://www.thelasthurdle.co.uk/building-a-successful-referral-network/ or book directly at http://thelasthurdlenetworking-efbevent.eventbrite.com/ So, is Networking for Dummies ? You decide!