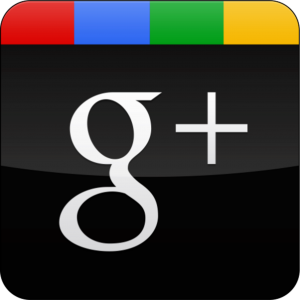 Although it is yet to challenge the likes of Facebook for sheer user activity, Google+ has grown exponentially since its launch in June of 2011. The social networking website, developed by the search engine giant, now has 235 million active users – nearly 100 million more than Twitter. With such a large audience, businesses have already begun exploring the marketing potential of Google+ demographics, and with the help of social media marketing services, so could you.

However, before investing time and money into the spreading of engaging content and the improvement of your company’s online visibility, it’s first worth considering the user demographics which make up the portion of these 235 million members who live here in the United Kingdom.

Research has shown that a surprising 71.8% of Google+ users are male, a gender-bias similar to that of Pinterest with women. This means that those companies offering technological goods, men’s fashion wear and sport-related products may benefit from social media marketing services to a greater degree than female-orientated businesses, if Google+ is going to be utilised.

As is the case with many other social networking websites, as age increases the usage of Google+ decreases. 41% of Google +’s demographic here in the United Kingdom are aged 18-24, with 29.9% aged 25-34. While a large number of older potential customers will be using the website, this does mean that companies who offer services or products aimed at young males may generate the most company visibility and future sales if Google+ marketing services are going to be used. Fortunately, due to the capability to easily share links, photographs and Youtube videos on Google+, this very pronounced Google+ demographic means that with the help of social media marketing services, you’ll easily find and produce content to that can directly engage with your target audience.

Based on the United Kingdom user demographics, research suggests that Google+ has an expansive enough user base to render it a useful tool for any business. However, with a predominantly young and male audience, it is clear that certain businesses will find their target audience to a greater extent than others. With easy Youtube integration, your company could benefit from video demonstrations, customer reviews and interaction, and many other multimedia marketing strategies.Of these predominantly young males, statistics have also been gathered on the occupations which are most common on Google+. Research has found that technology-based fields like engineering, web development and graphic design are most prevalent. Google+ also consists of a wide range of other occupations, like teachers and musicians, but to a lesser extent. This makes Google+ a hive of marketing potential for digital and technological companies; including PC manufacturers, online service suppliers, and stockists of “boy’s toys”. However, it’s still worth noting that without the appropriate assistance from a social media marketing team, it remains difficult to most effectively engage and interest potential buyers.

If you’re interested in harnessing the potential which comes with this and the other social network platforms, why not get in touch and arrange an initial consultation, we will investigate your target market and how best to get your marketing messages in front of them with some intelligent social media marketing campaigns.