Appearances can be so deceptive, we may look all calm and relaxed on the outside but underneath our nerves and fears may be running riot; we all have our own hurdles that we need to ‘get over.’ Too often our fears, however rational or not, either prevent us from doing something or at least make it very difficult. For me, a fear of water meant that even the shallow end of a swimming pool was nerve racking, until I was able to finally control the fear and, with the help of friends, learn to swim.

The trigger to make me do that was an innocuous comment from my son asking me to join him at the deep end of the pool; something I simply could not do. That feeling of inadequacy as a parent was what I needed to put some serious effort into conquering the fear, so that I could join him in the deep end. It took the best part of a year and the help of two good friends to get there but when I did it felt great – diving, jumping (even the odd bomb when a lifeguard turned away….shhh) and above all those: a smiling, laughing son having a blast.

Another fear for me is heights so I was really chuffed when Jules volunteered me for a charity parachute jump. If you watch the video, you can see the fear in my eyes very clearly, I was just able to get the rational part of my brain front and centre rather than the irrational bit screaming “Nooooo”. I am so pleased I went through with it because the experience was superb.

For Jules, her fear was being in front of a camera whether that be a normal camera taking still shots, a mobile phone or a video camera. Did it stop her doing things? No of course not, it did however make certain tasks much more stressful than they needed to be and even threatened one her biggest days (in business). 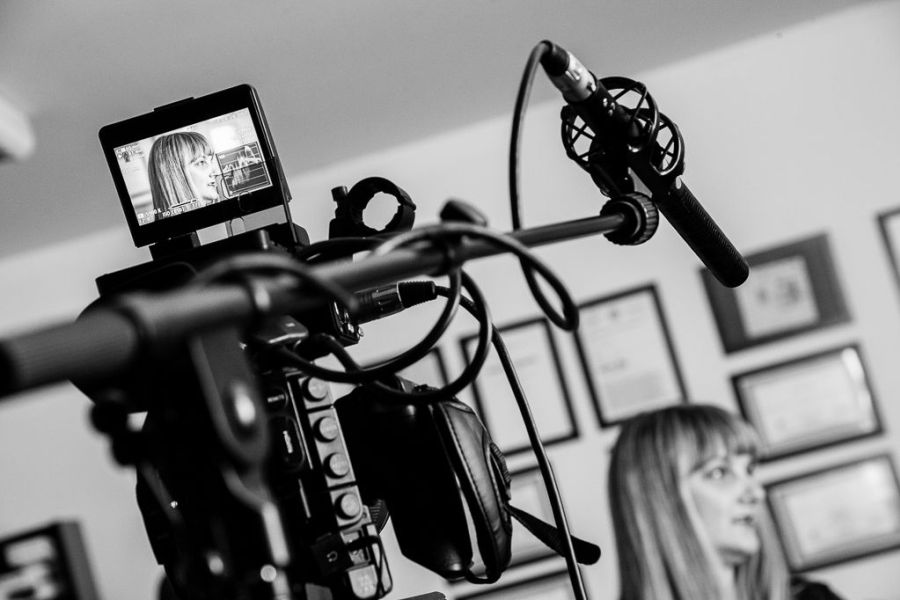 Early in 2015 Jules was asked to be on a panel of experts by Facebook at their first European Business Bootcamp. The thought of being on a stage in front of a couple hundred people sharing her experience of using Facebook wasn’t a problem at all for her. What they also wanted though, was to film Jules and create a video case study about how Facebook was used in The Last Hurdle and how it had helped the business.

To many, being filmed in your own office would be far easier than being on the stage in London, this was not the case for Jules. Time for some help from friends and colleagues, in particular a simple hypnosis technique to deal with stressful situations. The results were so powerful – a calm, professional business woman going about her day and talking to camera in such a way that it has inspired many others to use social media for their business and resulted in being asked back by Facebook for further events.

Did the fear stop Jules? No; with the assistance of others she overcame her fear of being filmed and photographed and enjoyed an amazing experience care of Facebook. Since that day, Jules has also found it so much easier being photographed in a whole number of different situations. Getting over our individual Last Hurdles is not so difficult when we don’t try to always do it alone – as Bill Withers said, there are times ‘We all need somebody to lean on.’

Hopefully this just goes to show that we all have fears, none of us wear underpants on the outside but that they need not stop us doing things. For many, bringing in new business is fearful, that word Sales sends them into a panic and the thought of asking for an order results in cold sweats. Have a look at one of our recent blogs if this is you and remember – you don’t have to do this alone, we are here to help you over your Last Hurdle.