Do any of you remember the Baz Luhrmann song ‘Everybody is free (to wear sunscreen)’?

The lyrics are written as if they were a graduation speech from some learned chap offering advice to the class of ’99. One of the lines in that song has stuck with me far more than the others. That line is ‘Do something every day that scares you!’ I have frequently said yes to opportunities that have done just that to me – ranging from a bit of mild concern through to full on, adrenaline surging primeval fear. 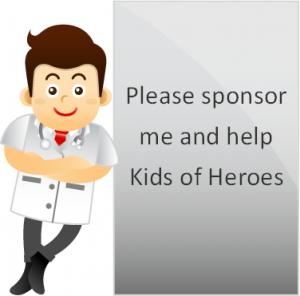 Well, one of those moments is rapidly approaching again. I have frequently flown, usually in a big jet but also a couple of times in small planes. I don’t mind it too much but always have a tingle of nerves. Much more frightening to me are big heights. I usually struggle to climb a ladder and have been known to get stuck half way up a climbing wall. It’s not something I choose and when that fear kicks in, it doesn’t half take some shifting.

So I’m now going to combine those two by going up in a plane and then voluntarily jumping out whilst strapped to some strange bloke. Yep, I’m off to do a parachute jump for charity in October. As I write this I’m already getting sweaty palms, heaven knows what I’ll be like on the day.

Why do this? To raise money for a brilliant cause that has been neglected for far too long; although at last individuals, companies and even the government are finally taking note. The cause is children……children affected by having parents who are or were serving in Her Majesty’s Forces.

We have all heard or charities such as Help for Heroes and the British Legion and there is no doubt that they do wonderful work. Until now no one has been there to help the children and that is why Kids of Heroes has been founded. Kids of Heroes provides financial, physical and emotional support to children whose lives have been turned upside down because a parent has either not returned from duty or has returned but is not the person that they knew before (either physically or mentally). 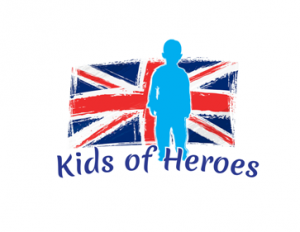 I am therefore doing some fundraising for this amazing cause and am being tied to a man I’ve never met, jumping out of a perfectly good aeroplane and above all else – scaring myself witless. Part of me knows I’ll love it but may just need a vodka or two first.

So to put it subtly – Please sponsor me!

Go to http://www.kidsofheroes.co.uk/ and click on Donate Now. While you’re on their site have a read of Alfie’s Story – it will help explain why I’m doing this. Thank you for your support.